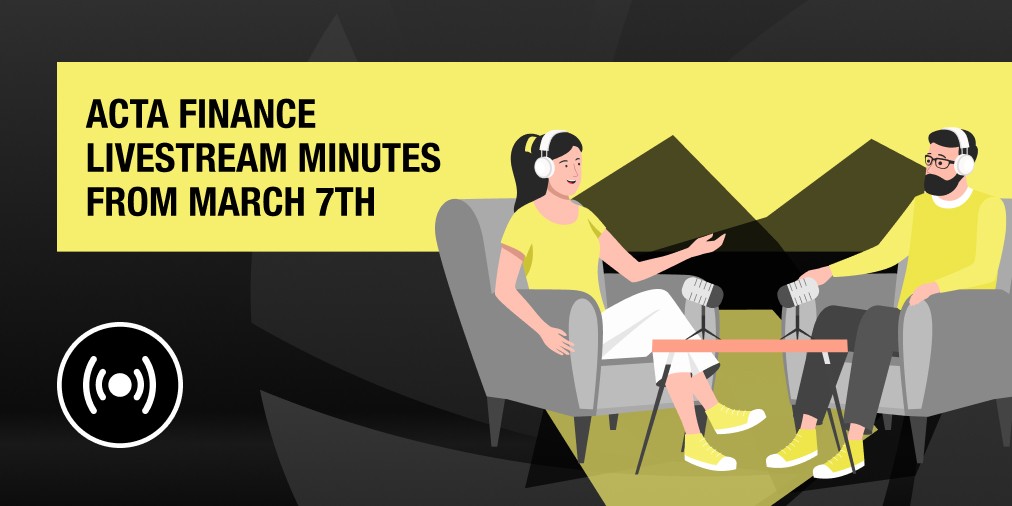 Below we’re providing you with compressed notes of the Acta Finance first-ever livestream and the rebrand announcement. You can always find and watch the full stream recording here. For those who want to quickly read and narrow down the key points, we provide you a short bullet-point rundown of all the things that have been said.

Find the key notes, milestones and development updates below.

Rebranding to Acta Finance Announcement (by Chris and Jiazi)

Hope you enjoyed our meeting minutes, more like this to come in the coming days so stay tuned. Join Acta Finance telegram right now — find all the latest updates and interact with the team directly.

Acta Finance is a cross-chain DeFi platform governed by smart contracts that innovates the Avalanche ecosystem with the ActaFi Swap and a referral system. Acta Finance introduces a Referral Program, Address Milestone Rewards, and a DAO Program to maximize platform growth and user activity-based rewards. By offering derivatives in a decentralized way, through ActaFi Swap,  Acta Finance aims to counter the manipulated liquidation events on centralized entities by using a decentralized price feed and a cross-chain liquidity aggregation.

Follow our Social Media Channels to stay up to date.🚀